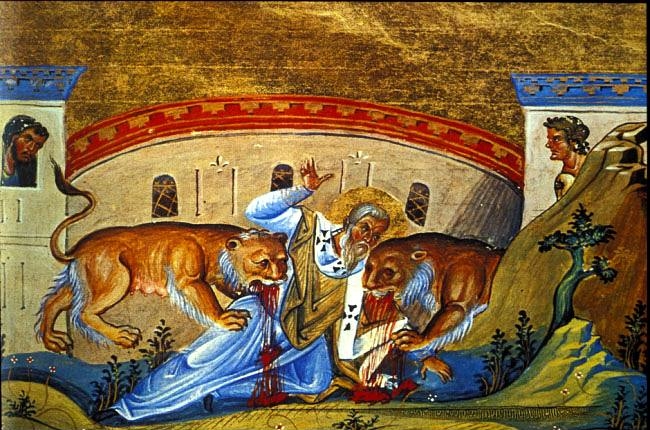 About Saint Ignatius of Antioch

We have not only to be called Christians,
but to be Christians.”
-St. Ignatius of Antioch- 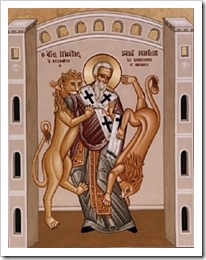 Of all of the saints particularly loved by Antiochian Orthodox, St. Ignatius ranks somewhere near the top of the list. Of Syrian origin, St. Ignatius, otherwise known as Theophorus, which in Greek means “God-Bearer,” led the Christian Church during a critical period of her history. Pious tradition has always maintained that he was the little child that Christ held on His lap when he uttered the immortal words, “Let the children come unto me.” What is known for certain is that he grew up to be a disciple of the Apostles, St. Peter personally ordained him a Bishop, and his name is mentioned in the book of Romans.

Not much is known about St. Ignatius’ life until he began his famous last journey—on foot—to Rome, where he was thrown to the lions as portrayed in his icons. On his way to his death, many churches sent representatives to him, and fortunately for future Christians, he sent letters back to the churches. Thanks to St. Polycarp, seven of these letters survived; in them, we find some of the earliest teachings about the organization, practices, and beliefs of the Church. He emphasized the importance of loyalty and obedience to the bishop, as well as the salvific power of the Eucharist, “the flesh of Christ,” “the gift of God,” “the medicine of immortality.” On December 20, 107, during the reign of Emperor Trajan, St. Ignatius ended his life in a Roman arena, torn to bits by beasts. Rather than discouraging the fledgling faith of Christianity as the Romans had hoped, his noble death ignited and strengthened the faith of many.

In St. Ignatius’ most famous quote, he wrote to the Romans,

“I am writing to all the Churches and I enjoin all, that I am dying willingly for God’s sake, if only you do not prevent it. I beg you, do not do me an untimely kindness. Allow me to be eaten by the beasts, which are my way of reaching to God. I am God’s wheat, and I am to be ground by the teeth of wild beasts, so that I may become the pure bread of Christ.”

After his death, the saint’s followers lovingly carried his relics back to Antioch, where they remained until 637, when they were transferred to the Church of St. Clement in Rome.

Listen to a reading of one of St. Ignatius’ letters. 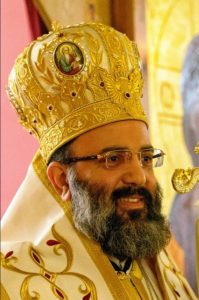